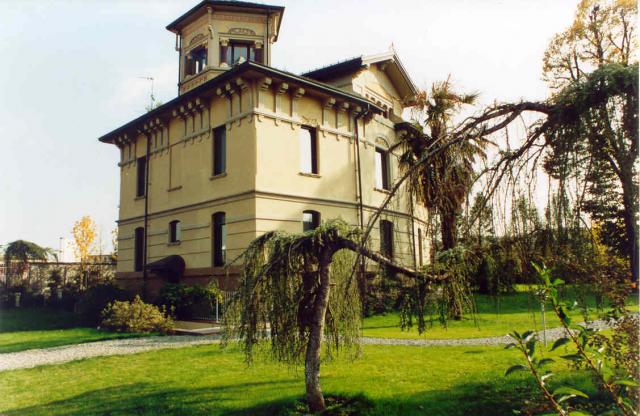 It is a villa of the end of the XIX century, it was improved and finely restored. It rises on a plot of land of about 3000 sqm, there is the possibility to construct a building for another 1000 sqm not for residential destination.
The villa spreads out on four levels, besides a small tower, for a total of about 650 sqm;
Some characteristics:
Possible uses of the property and the area
The particular position of the staircase give the possibility to divide the villa into three separated apartments, one for each floor.
Besides the residential use, its architectural value amounts to a representative property for a professional use or a mixed one, professional on the lower floor and residential on the upper floor. In support of that and other uses provided by the current Territorial Administration Plan (that gpoes from the tertiary to the business one) we must underline the ease to access, the wide parking, the possible extension thanks to other 1000 sqm of building area; furthermore the position allows in a few minutes to be in the railway station and in the town centre, or in the toll booth of the motorway Torino-Piacenza and also Milano-Genova.